The Andrew Yang Markets Are Weird

During a 538 chat earlier in September, Nate Silver made the following observation:

I’m probably the most bullish on Yang of any of the election-analyst-types, and I think that price [at 11 cents] is kind of insane and a discredit to PredictIt tbh.

As of this writing (Sunday 9/29 afternoon), Andrew Yang is at 10 cents, tied with Sanders and ahead of Buttigieg and Harris.

Interestingly, compared to any of the other candidates trading at 5 cents or higher, Yang does not have a state market that trades at the same or higher level. For example, Warren consistently trades higher in IA, NH, and MA. Biden and Sanders do the same in SC and NH respectively. Buttigieg trades at that same or higher in Iowa versus the Nomination and Harris does relatively better in SC.

It's hard to imagine a scenario in which Andrew Yang has a better shot of winning the nomination than any of the early states.

And here's the entire market ( Click here for a current table) 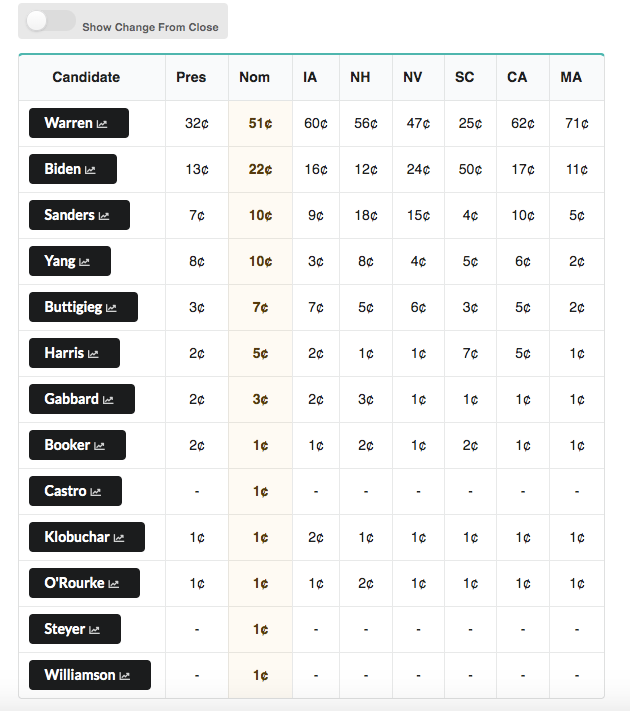