Dems Should Pass On Kamala as VP

Since dropping out of the race last Tuesday, many commentators have suggested that Kamala Harris would be a great running mate. I disagree and think having her on the ticket would decrease the odds of Democrats winning in November.

I just don’t think there is much room for a not quite moderate, not quite progressive black candidate who in a primary demonstrated little appeal to black voters.

Say Biden Gets The Nomination

If Biden is the nominee, I expect he will do well with black voters in the general regardless of the nominee. After all, black voters are overwhelmingly supporting him in the primary. For aesthetic reasons he does need a woman and/or a person of color. In the general election, I believe his weakness will be generating high turnout among progressive and young voters. I believe the best nominee in this case will be Elizabeth Warren or Andrew Yang. Yang is friendly with Biden and Yang’s outsider ideas would complement Biden's status-quo establishment vibe. In addition both Warren and Yang are good at generating small dollar fundraising, something Biden has struggled with.

Say Sanders Gets The Nomination

If Sanders is the nominee, a “centrist independent” candidate such as Howard Schultz or Michael Bloomberg will likely arise as a third-party option. Thus, Sanders should go with Nina Turner or Tulsi Gabbard to double-down on his progressive/anti-establishment message.

If Warren is the nominee, I suspect her weakness would be with men, swing voters, and perhaps moderates in a general election. In that case, some good choices include Cory Booker and Andrew Yang. On a 538 podcast, Nate Silver said Julián Castro “feels like Warren's single most likely VP pick” though I think Booker or Yang would be stronger running mates.

If Buttigieg is the nominee, his weaknesses include weak black turnout and weak turnout from progressives in a general election. Given Harris's struggles with black voters and skepticism from progressives, in this scenario, Stacey Abrams is a better running mate.

Democrats Shouldn’t Make The Same Mistake as in 2016 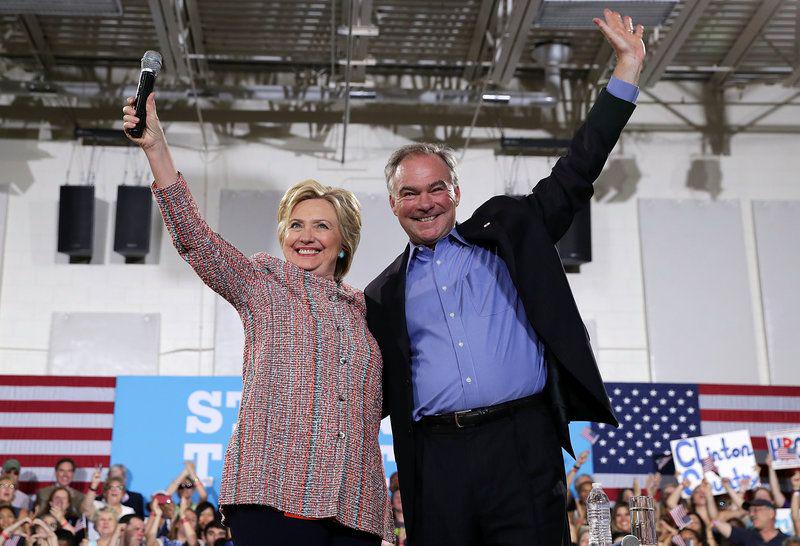 I believe an under-explored reason for Hillary Clinton’s loss in 2016 was picking Tim Kaine. Following the unexpected success of Sanders with progressives, Hillary Clinton chose a boring, corporate candidate in Tim Kaine. It's hard to imagine how the inclusion of Tim Kaine won over new voters or increased turn-out for Democrats.

As of this writing, PredictIt is giving Abrams a 13% chance and Harris a 12% chance of being the nominee.

Kamala was often described as the Marco Rubio of the 2020 race and as 538 has noted, a “Rubioesque” candidate is a candidate that is everyone's second choice. Indeed, as a pick for running mate, I don't think Harris should be anyone's first pick.

In the Washington Examiner, Tiana Rowe writes that no one will pick Harris as a running mate. If Democrats want to win, they better hope she is right.