If Sanders Can Improve with Older Voters, He Can Win 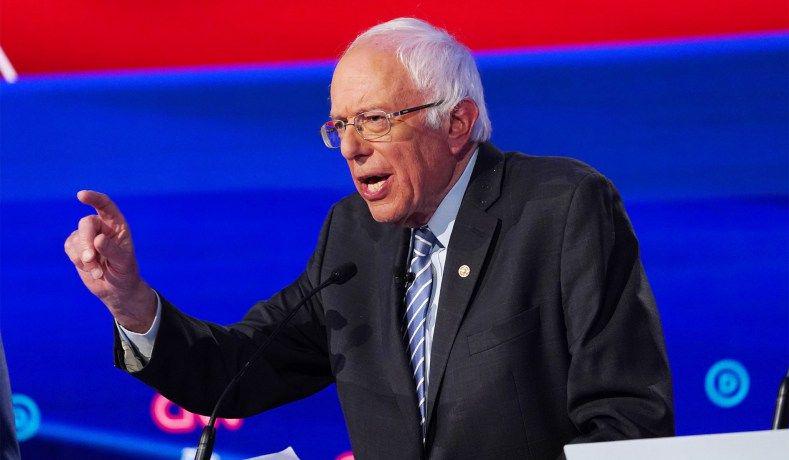 Much of the commentary around Bernie Sanders' viability stresses the gender gap in his support (e.g. the “Bernie Bro” narrative) or his lack of popularity among affluent college-educated voters.

However, the biggest problem (and opportunity) for Bernie Sanders I believe is his inability to win over large numbers of older voters. Keep in mind that older voters tend to be more reliable voters.

Take the latest Economist/YouGov national poll, Bernie Sanders has a very respectable level of total support at 17%. Sanders shines with younger voters with 34% from ages 18-29 but among voters aged 65+, he is the first choice for only 3%.

Here is a break-down of various recent polls. Note that different pollsters use different age ranges.

Looking at the early states of Iowa and New Hampshire, a similar picture emerges 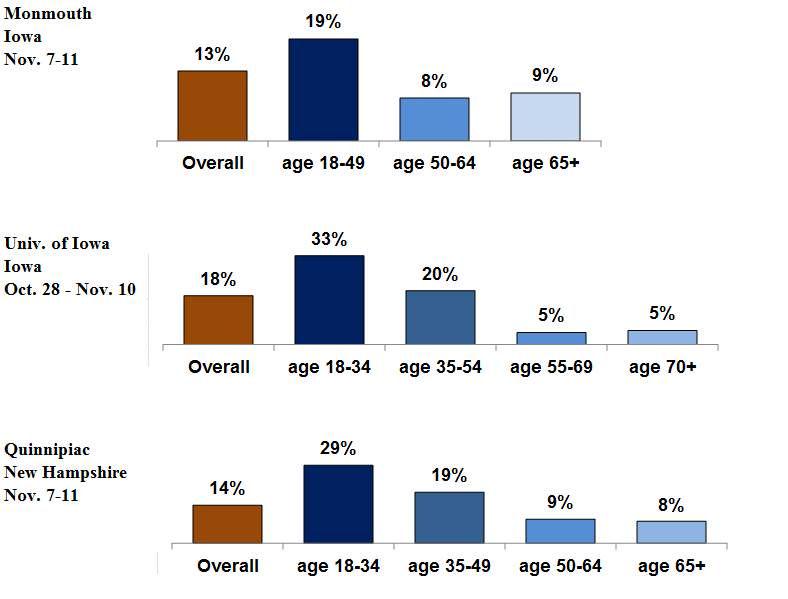 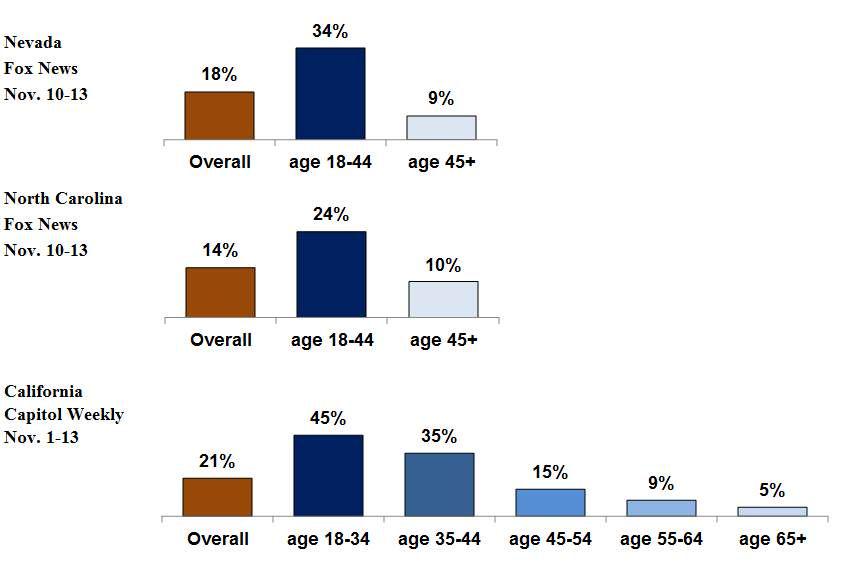 To be sure, Bernie Sanders has made efforts to reach older voters, but time will tell if ad efforts aimed at gaining traction with older voters will succeed.

The good news for Sanders is that according to the Wall Street Journal, he got 26.5% of voters age 65 and older in the 2016 primary, suggesting he has room to improve from the single-digit support he has now.

Bernie Sanders has actually made in-roads with non-white voters. For example, the recent Fox News Nevada poll has Bernie Sanders at 31% with Hispanics.

The key to Bernie Sanders' victory may be convincing more people who look like him to vote for him.